Welcome to my online bookstore!

Per reader request, here you can purchase autographed copies of some of my books.

If there's one of my books you'd like to purchase as an autographed copy that you don't see here, please contact me.

Most of my books are also available for purchase through Amazon, Barnes & Noble, and other retailers -- though the only place to purchase autographed copies (if that's what you're looking for!) is directly through me.

To view a full listing of all the books I have available for regular purchase, with links to various retailers, please visit my Books page.

But if you're looking for autographed copies, then... browse below! 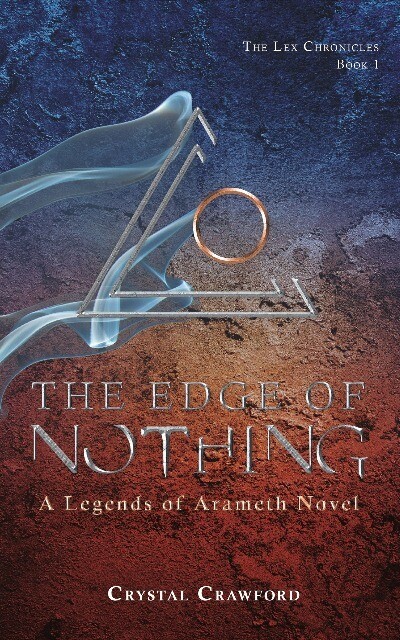 Autographed Paperback - The Edge of Nothing

Would you like an autographed paperback of The Edge of Nothing (Book 1 of The Lex Chronicles)? Order here, and I will sign the book and ship to your address!

(This is for the autographed paperback only; the regular paperback and e-book are available directly from Amazon here: https://www.amazon.com/Edge-Nothing-Chronicles-Leg...)

NOTE: This comes with just a signature; if you want the book autographed with a note to a specific recipient, please add this in the notes when you place the order, or email me at ccrawford@ccrawfordwriting.com.

An evil sorceress terrorizes Arameth, but those out to stop her have a big problem: their prophesied hero is dead.

Welcome to Arameth, a magical world of adventure and chaos filled with monsters, heroes, and danger.

Lex wakes up tied to a chair, captured by the enemy, and faces the shock of his life - he can't remember how he got there... or why everyone is out to kill him. When he manages to escape, he's faced with an even bigger problem - there are monsters in this town... and one of them is attacking a young woman. Lex risks his escape to save her, only to find that neither the monster nor the woman is what he expected. He becomes fond of the young woman, but soon finds she carries danger of her own.

When Lex stumbles upon people who hold the secrets to his past, his choice of who to trust - and what he's willing to risk - will determine the fate not only of himself, but of their entire world... and the worlds beyond.

A fantasy trilogy perfect for fans of Ender's Game, Pendragon, and Lord of the Rings...

Arameth stands in the gap between survival and destruction,and Lex may be the only left who can save it.

But in Arameth, hardly anything is what it seems.

Save this product for later
Display prices in: USD
bottom of page